Telugu Varnamala Chart is consist of atchulu and hallulu. However, it is a popular language Indian. Spoken in states of Andhra Pradesh, Telangana and the union territories of Puducherry (Yanam) by the Telugu people. Telugu ranks fourth among the languages with the highest number of native speakers in India.

These two alphabets (ఌ ౡ) are hardly used in the Telugu Language.

In Telugu Varnamala Chart, there are total 36 Characters of Consonants (Hallulu). The table below lists the consonantal phonemes of Telugu. 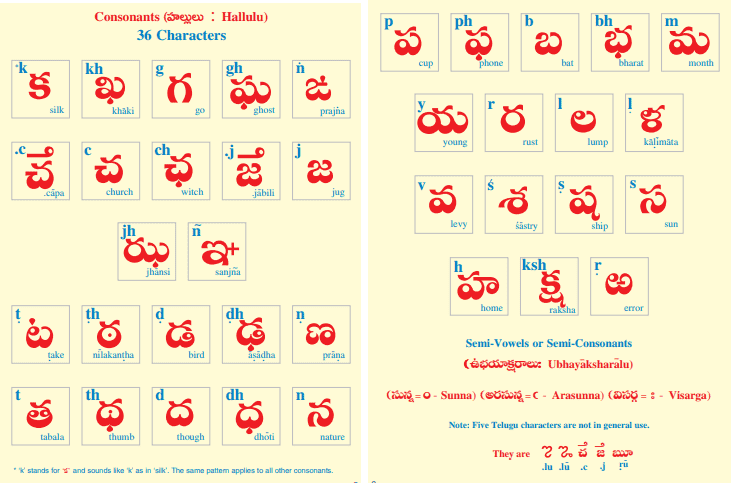 We have found a Telugu alphabet Chart with high-quality images for each alphabet. However, you may download the image in png format as well as pdf format.